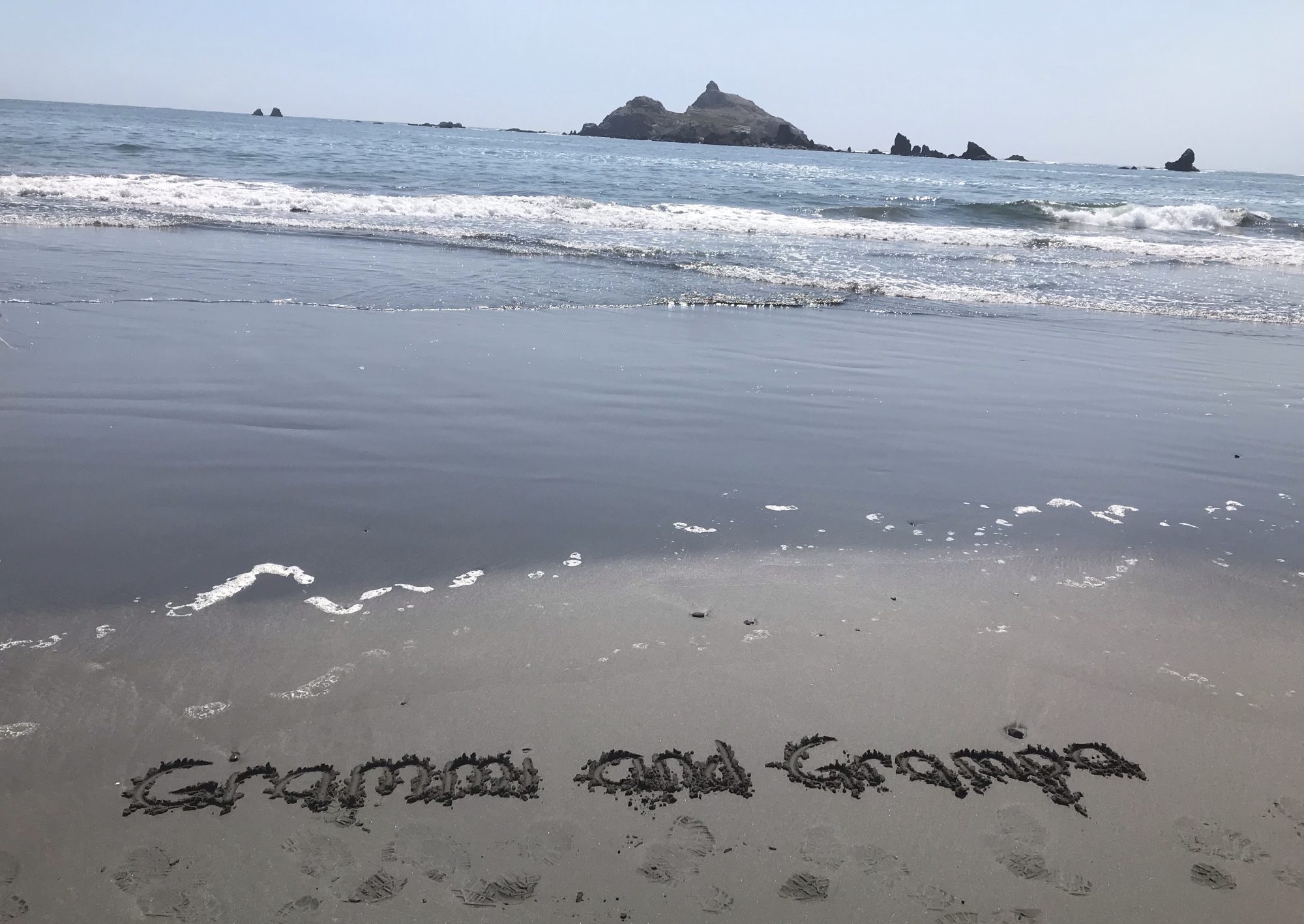 We entered Shenandoah National Park at Front Royal Station, the northern end of the 105 mile long Skyline Drive. I have the National Parks Senior Pass so we weren’t charged the standard eight dollar fee. We leisurely towed our camper through the ubiquitous green forest watching for wildlife. The F250 easily handled the climb up the mountain. It’s convenient having the camper. Whenever the urge arose, we pulled off on an overlook. There we could go inside the camper to use the restroom or grab a drink and fix a sandwich, all while surrounded by a peaceful scenic backdrop. Not surprising it took us over three hours to travel the fifty-five miles to Big Meadow Campground.

Big Meadows in the Shenandoah National Park is a popular spot. Centrally located in the park at mile marker 51.2, there is a visitor center, store, gift shop, gas station, lodge, cabins, and campground. It’s a primitive campground meaning there is no water, electric or sewer hook ups. Not a problem for us though, with fully charged batteries and a full fresh water tank we can last four or five days. There’s a bathhouse near the camp gate with pay showers and there are flush toilets found at locations within the campground. We set up on site I-227, a pull-through shady location with just a slight incline. And as I have come to expect, there is no cell phone service.

Wildlife was abundant. There were signs posted warning that bears are active in the area. During check in, I was instructed by the ranger how to stow our food. Many times deer and turkey could be seen in the meadow. A large buck jumped out in front of us on the Skyline Drive causing us to stop as it slowly strut across the road then disappeared into the trees. We drove up on a black bear laying in the grass near the side of the road. It was a small bear maybe a year or so old. Once it saw us it went back into the woods. I wasn’t quick enough to get a good picture.

We did some exploring during our stay. We went to the lodge one evening and found the restaurant and lounge. We sat a while and listened to live entertainment while sampling the craft beer. We went to the amphitheater to listen to a ranger talk about birds of prey. We went to the visitor center to look at the exhibits and watch a shot film about the creation of the park and the people that were forced off their lands. We drove to Skyland, an operating resort built prior to the establishment of the national park, for a quick tour of Massanutten Lodge. But mostly what we did was hike.

Each day we went on what we consider to be a challenging hike to see sights not possible from the highway. One day we took the 2.9 mile Hawksbill Loop Hike. It is an 860 foot elevation gain to Hawksbill viewing platform, the highest point in Shenandoah National Park at an elevation 4050 feet. As we hiked up the path, a doe walked just ahead of us as if she wanted to be the hike leader. After a couple hundred feet, she yielded and let us pass, keeping a watchful eye as we did. It was a clear day and the view from the platform was spectacular. It was well worth the climb up. We found a suitable place to sit and relish the panoramic scene. On our return back down to the parking lot, we walked along the Appalachian Trail. The AT, as it is commonly called, traces the mountain ridge in Shenandoah National Park and crosses Skyline Drive numerous times.

On another day we went on the Rose River Loop Hike. A 4.00 mile hike with 910 feet of elevation gain. This hike passes by the 67 foot Rose River Falls and continues along the river’s beautiful cascades. We climbed over rocks and crossed small bridges until we found the perfect spot for lunch. We stepped across unstable stones to a large flat top boulder in the middle of the water. There we ate a sandwich and rested while listening to the sound of water rushing around us. Continuing on we came to the 70 foot Dark Hollow Falls. We climbed up a side trail to view the falls adding another quarter mile and about 150 feet of elevation to our hike. Finishing the final leg on the Rose River fire road, we stop to see the old Cave cemetery.

On our third full day we decided to hike Bearfence Rock Scramble. This was one of the hikes a young ranger at the visitor center suggested to us. She described it as a lot of climbing up and over rocks and boulders. The reward being a 360 degree view. The pamphlet she handed us states that it’s not recommended to people afraid of heights and warning that it is dangerous under wet or icy conditions. Having never heard of a rock scramble before, my curiosity took over and I wanted to give it a try. It’s a 1.4 mile trail with 311 feet of elevation gain. Seemingly an easy hike until you remember it’s a rock scramble. Grammi and I took our good-ole time climbing up, over and around boulders sometimes on our hands and knees. We slid down others on our back-sides. A young father and daughter of maybe ten years old passed by us and scurried over the rocks and out of sight in a matter of minutes. Oh to be young again.

Not easily deterred, we continued until we could see the destination. The top rock, the peak, that spot with the 360 degree view, lies right there thirty feet away. Between it and me was a narrow ledge. Below was probably a hundred foot or more drop, no hand holds, no rope chain, no safety net below. Just one step, maybe two, up and over to get to the top. I stood there. I stared. “Can I make that? Are my legs strong enough? Can grammi make it? We’ve come all this way.” I could feel grammi’s eyes. She was standing on the rock below me. I sensed she was nervously waiting to see what I was going to do.

At this point, you might be anticipating reading about how I found the courage and garnered the strength to climb to the top. But it was not to be. As I stood there staring for what seemed like a hour but in reality was only five minutes, a voice from within said “Don’t be stupid, turn around and go back”. I tried to ignore it but I heard the voice again. This time with greater intensity. “Don’t risk it, it’s not worth it!” I got mad. Grumbling to myself, I turned around. I kicked myself all the way back down. Sliding across the rocks on my sorely kicked ass. So close, it was frustrating. We circled around the other way finding the spot with an 180 degree view. It was there we heard the rumbling of thunder and saw rain approaching. So we turned around once again. This time walking back to the parking lot in the rain.

We left the next morning. A fog hung over the mountains. Disappointment still lingering within. I heard the voice again, “It was an adventure and it was fun. You almost made it. Be satisfied. You did what you felt you could do. You made the right decision.” Then grammi placed her hand on mine. I turned to look. She was smiling as if she knew what I was thinking. She always seems to.

We would complete our journey on the Skyline Drive. I hated leaving an unfinished challenge behind. It’s difficult to come to terms knowing I can no longer do things I used to do easily. But such is life. I’ll be okay. Another adventure awaits.

One thought on “Big Meadows in Shenandoah National Park”